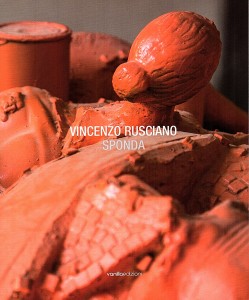 Closed for many years, struck by the bombings of 1943, abandoned by its devouts, damaged by the earthquake of 1980, the church of Sant’Aniello in Caponapoli has known a long history of degradation…
… one of the hardest of the monuments of Naples, becoming an easy prey to the thefts and spoliats of its historic artistic heritage which made it one of the most prestigious monuments in the city. The archaeological investigations related to the restoration of the church began in 1979 when, during the structural consolidation work in the nave, the remnants of the Greek and Roman defenses emerged, belonging to the defensive line of the ancient acropolis, today visible in the current layout of the area . Since 2001 the restoration of the artistic heritage has begun in the church, which is largely made up of marble works. To reach the most recent restoration of the Major Altar of Girolamo Santacroce with which one can consider this long and complex restoration phase that has returned to the public enjoyment of the Church. 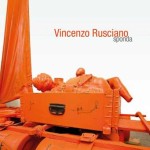 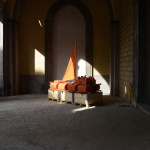 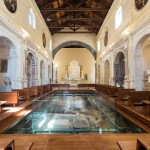 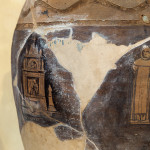 The Special Superintendence for the Historical, Artistic, Ethnoanthropological Heritages and Museum Centre of Naples and Reggia of Caserta, in collaboration with the Galleria Annarumma, embraced the idea of Giuseppe Giordano (the author of the marble relief of Girolamo Santacroce on the Major Altar ) to connect Sant’Aniello to contemporary art for the brief moment of a show – avail oneself of the curatorship of Angela Tecce and Alberto Zanchetta. The artist Vincenzo Rusciano was entrusted with the task of translating the events of this site with the language of contemporary art, believing that the look of an artist can be a boost for the re-reading of a critical past and together to give an incentive and a hope for the future. (Press release of the exhibition, text by Simonetta Golia)